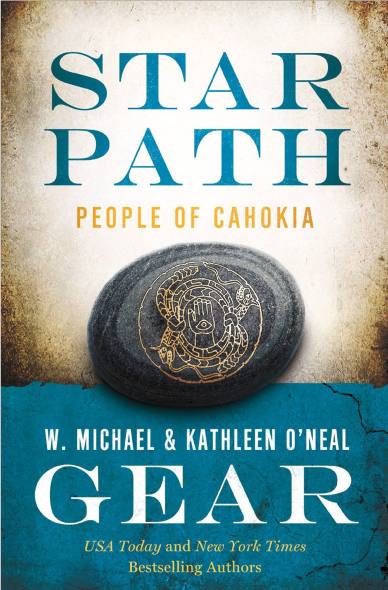 It’s hard to gather my thoughts on this book, I am caught in on the edge of a cliff metaphorically. Left at a the moment of anticipation wanting to know the end of the story, will the characters overcome their difficulties? Will they survive? And will life be worth living if they do survive?

Lady Night Shadow Star has a mission from Piasa, to kill her horrific brother Walking Smoke, the witch Lightning Shell. The battle of Powers of the Sky and the Underworld is wound around her life, from the moment she was allied with Piasa. She has to face her world and her place in it. The dramatic change in her creates a new polished aspect to her character that makes her more real, and more enduring. No longer the high polished Lady, who knows nothing of her world, the bravery and reliance of her characters transformation may be the one thing that will enable her to survive, a bet for a little bit longer.

Fire Cat has learned to love Lady Night Shadow Star in a way that he never expected. He thought he knew love and his responsibilities when he was the war leader of the Red Wing village. His absolute devotion to Night Shadow has grown from mutual respect and admiration of her resilient and powerful soul. He will risk everything, anything to save her. He spends the travel of the across the known world, not only trying to survive but to protect her in every way.

Seven Skull Shield may be the one character who has the most relevance in story. He is faced with ultimate power, and complete and utter devastation. He goes from the great power and control of being in charge of Lady Night Shadow Star’s house hold, to a tortured prisoner. It is his friendship that not only cost him nearly everything, but also what may save him.

Blue Heron, deposed Keeper of the Four Winds Clan, will have to use her wits to survive her greatest change. She will lose all she owns, all she values, and have to rely on Seven Skull Shield is a way she never anticipated, but it is that friendship she needs to survive.

I anticipate Lightning Shell the next book in the series with great want and need. The resolution of Night Shadow Star’s quest is something this avid reader is impatient to find resolved. Michael and Kathleen Gear have a way of writing that bring not only events but characters to life. Their readers like themselves live the lives of the characters in the story. Wanting what they want, and hoping for a future for the character that is as grand as their tortured story can allow. You are caught up in the story, turning pages over and over in succession with a need to find the next step in the process, hoping that your fears do not come true, but also getting lost in the story and characters in an almost addictive way. Star Path is another step in the masterpiece that is the People of Cahokia series.

I am a substitute teacher for the local school district. I have taught in the library, for two years. I Review books as I gain access to them. I have over 6,000 reviews on Goodreads View all posts by theresahulongbayansbookblog